When C.L.E. Cigars released the Wynwood Hills brand last month, details were quite scarce. Now, brand owner Christian Eiroa has opened up about his newest project and disclosed the particulars to Cigar Aficionado, including some backstory and the concepts behind these smokes.

“The brand was originally going to be named Waverly Hills,” Eiroa said, “but after researching the name further, we found a potential issue with the trademark. So we went with a brand we already owned.”

Wynwood Hills is a reference to his old, now defunct Wynwood cigar factory, a Florida-based facility that Eiroa used to own in partnership with Robert Caldwell. It was located in the Wynwood district of Miami and produced a number of different cigar lines, most notably, the namesake Wynwood brand. When the factory closed in 2013 and the partnership dissolved, Eiroa intended on re-opening Wynwood in Doral, Florida. It never happened. Instead, he brought back the Wynwood brand in a completely different format—one size, three blends.

Wynwood Hills is a 4 1/2 inch by 50 ring gauge robusto that’s available in either Sumatra, broadleaf or Corojo wrappers. The cigars, however, are made in two different factories and Eiroa has a familial connection to both.

“This is a great story because I have two of the three cigars being made at the old UST Factory,” Eiroa said. “My father built that factory in 1976 when he had a joint venture with them.”

Located in Honduras, the old UST Factory is now owned by General Cigar Co., and has since been renamed STG Danlí (after parent company Scandinavian Tobacco Group). It produces two blends of Wynwood Hills: Deranged and Unhinged. 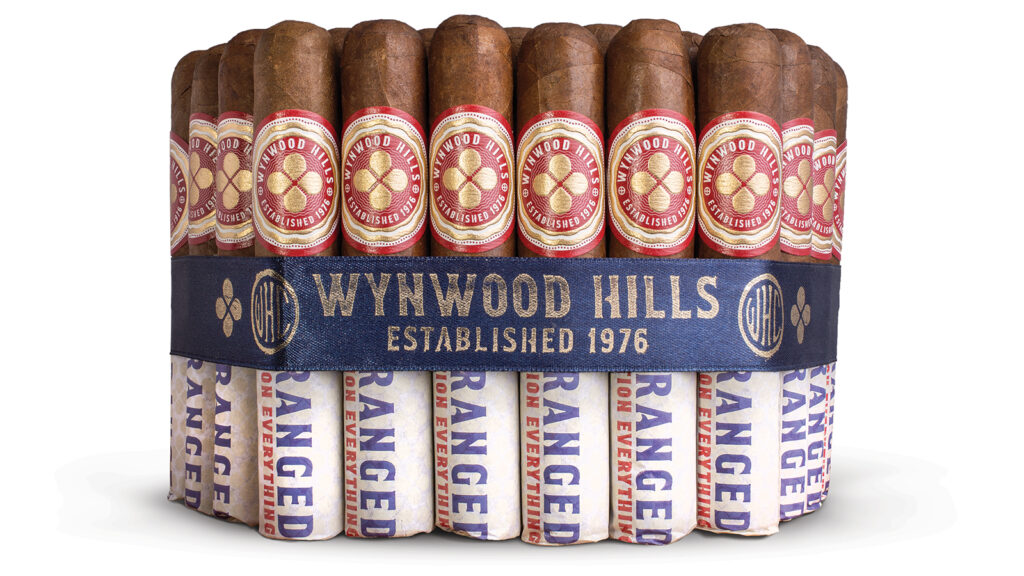 Deranged comes in an Ecuador Sumatra wrapper but otherwise consists of Dominican and Honduran tobacco. Unhinged, is wrapped in Connecticut broadleaf. The binder and filler are also Honduran and Dominican.

Given the family’s history growing tobacco, one might assume that the Honduran tobaccos in Deranged and Unhinged are grown on Eiroa’s family farm in the Jamastran Valley, but they’re not. For these blends, Eiroa tried something different.

“I wanted to step out of my comfort zone and blend cigars with tobacco we didn’t grow,” he said. “It was a whole different approach and tremendously surprising. It’s almost like cooking BBQ, using somebody else’s grill and utensils.”

For the third blend, however, Eiroa tread familiar ground and turned to the family farm and family factory. Dubbed Mayhem, this version is produced at the C.L.E. Cigar Factory in Honduras and made with only Corojo-seed, Honduran tobacco from the family’s El Corojo plantation. Honduran Corojo has been the Eiroas’ signature tobacco since the varietal first appeared in the Camacho Corojo brand in 2000.

“My father has owned this property since the mid-1960s,” Eiroa said, referring to the farm. “The original name of the farm was Argelia, but about 12 years ago my father renamed it El Corojo. The inspiration was to name it after the original farm in Cuba owned by Diego Rodriguez, Santa Inez del Corojo.”

Eiroa has long maintained that his farm is the only plantation in Honduras growing true Corojo tobacco from original Cuban Corojo seeds, which were obtained by his father, Julio, in the late ’80s. These seeds differ from later hybrid varietals such as Corojo ’99 or Corojo ’06.

This year, the El Corojo farm will be growing about 250 acres of Corojo tobacco, none of which Eiroa plans on selling to any third-parties.

Regardless of the blend, all three varieties of Wynwood Hills come in 50-count cabinets and retail for $7.50 each.

For a rating on all three cigars, see an upcoming issue of Cigar Insider.